"ONE OF THE BEST BOOKS OF THE YEAR" -- Chicago Tribune

ONE OF THE BEST AT THE HOLLYWOOD, NEW YORK, LONDON AND NEW ENGLAND BOOK FESTIVALS IN 2008 AND 2009!

"This wonderful book is one of a kind - part thriller, part history, and part love story of an unusual sort: of a son for his father and the very different life he led. Crossing Hoffa is gripping, tender, and intriguing - pure pleasure on every page."
Scott Turow, author of Presumed Innocent, Limitations, and numerous other books

On a spring evening in 1961, over-the-road trucker Jim Harper was en route from Mauston, Wisconsin to his home in Minneapolis. At seventy miles an hour, with a combined load of 60,000 pounds of man, machine, and material, he approached a curve along the Great Mississippi River Road and hit the brakes. The tractor-trailer didn't slow. Harper's brakes failed. For the second time in as many weeks, his truck had been sabotaged.

In the preceding months, Harper had led an insurgency to clean up corruption in his Teamsters' Local 544. His efforts frew the attention of Jimmy Hoffa, at the time focused on securing the right to lead the national Teamsters organization out of government supervision.

So it was that an ordinary man found himself caught in an extraordinary web, as he pursued a path of personal redemption that almost killed him. That had not been his intent. At age 31, he wanted only to atone for his prior failures, including mistakes that only a few years early had taken him to society’s darkest corners and America’s most dangerous prison in Angola, Louisiana. Even after Hoffa personally told him to stop the crusade, he would not stand down. He could not. His perseverance beyond all rationality placed him in mortal danger, as his friends betrayed or deserted him, and his enemies tried to kill him.

For a time, his struggle made the front page of the Minneapolis Tribune in a city that held some of Hoffa’s most sinister secrets. He had no idea that the reporter in whom he had confided and who authored those articles remained personally loyal to Hoffa. But he did notice that the newspaper coverage took a peculiar twist before it faded altogether, along with the support of those who had initially pointed him in Hoffa’s direction.

Somehow, he survived. When he died forty years later, the artifacts of his union battle remained among his most treasured possessions, documenting the defining episode of his life. But behind what he had always thought was just an unsuccessful effort to follow Hoffa’s announced agenda of "union reform" lay a saga of courage, intrigue, and betrayal - a saga that he would never know.

He was my father, and this is his story.

FROM SCOTT TUROW: "This wonderful book is one of a kind - part thriller, part history, and part love story of an unusual sort: of a son for his father and the very different life he led. Crossing Hoffa is gripping, tender, and intriguing - pure pleasure on every page."
- Author of Presumed Innocent, Limitations and other best-sellers.

FROM CHARLES BRANDT: "This is riveting eyewitness history preserved for all time; a wise portrait of a courageous and quixotic father by his son; a sobering look at a trucker up against the ruthless Godfather of the labor movement at its zenith. Harper leads the reader - as he was led - from clue to fascinating clue, uncovering the mystery of why Hoffa put a hit on his father and why his father got in Hoffa's path and wouldn't back off. Bravo."
- Author of "I Heard You Paint Houses": Frank "The Irishman" Sheeran and Closing the Case on Jimmy Hoffa

FROM THE WASHINGTON CITY PAPER: "This is American history at its best: told from the ground up." (Justin Moyer)

FROM THE CHICAGO TRIBUNE: "While local labor insurgencies are commonplace in labor histories, it is rare to find one informed by such a depth of personal knowledge and understanding...An entertaining account of one son's attempt to better understand the legacy of his father." (Aaron Max Berkowitz)

FROM THE CHICAGO SUN-TIMES: "A son's love letter to his father, the story of James Harper's tortured journey from the thoughtlessly devastating sin of his youth to a hard-earned redemption of a full-grown man." (Joe Kolina)

FROM THE AMERICAN LAWYER: "In this tightly woven and gritty account of his late father's role as a reform-minded Minneapolis labor leader, long-time Kirkland & Ellis litigation partner and first-time author Steven Harper provides a poignant and personal narrative of one man's battle against the corruption of former Teamsters president Jimmy Hoffa in the early 1960s. Harper draws on his childhood experiences and the contents of his father's lockbox (discovered after his death) to bring us inside Teamsters Local 544, a chapter with strong Hoffa ties. The elder Harper's anticorruption efforts drew the ire of the well-connected union boss, who the author says was furious with the 'local insurgency' at a time when the Teamsters were under federal investigation. While Hoffa himself has been written about ad nauseum, Harper's tale takes readers on a journey into the trenches of the labor battles." (Brian Baxter)

FROM STEVEN LUBET: "Steven Harper has written an elegant and moving account of his late father's pyrrhic confrontation with Teamster boss Jimmy Hoffa. This book should be a model for every memoirist, journalist, or historian interested in writing about the human side of the labor movement, and it is a must-read for anyone else who cares about families and their struggles."
- Professor of Law, Director of Northwestern University's Program on Advocacy and Professionalism, and author of Murder in Tombstone: The Forgotten Trial of Wyatt Earp and numerous other books

FROM BOOKLIST:"First-time author Harper presents a tale of mystery and intrigue that begins after his father's death, when he discovered the secret contents of a locked metal box that had never left his father's side. The father, James Harper, had been an over-the-road truck driver and a card-carrying member of the Teamster's Union in the early 1960s, when corruption ran rampant under the leadership of then-president Jimmy Hoffa. The documents that Harper found led him on an investigative mission to uncover the truth about the fear and secrecy that dominated his household when he was a young child. Although the elder Harper could have led a routine life as a Teamster's driver, he distinguished himself by going on a one-man crusade to clean up corruption among the leaders of his Teamster's Local 544, a prominent Minneapolis chapter with significant connections to Hoffa himself. The resulting attention raised the ire of the powerful union boss and brought untold danger upon James Harper and his young family. Although much has been written about the enigmatic Hoffa, Harper's revelations present a unique and personal perspective." (David Siegfried
Copyright © American Library Association. All rights reserved)

FROM THE MINNEAPOLIS STAR TRIBUNE: "The book is at its best when it relates stories passed from father to son: an ominous dinner with a nameless 'friend' of Hoffa's - a mob character, we're led to assume; a meeting with Hoffa at the Pick-Nicollet Hotel; a harrowing truck ride down Hwy. 61 near Winona." (Casey Common)

FROM THE ST. PAUL PIONEER PRESS: "Turns a footnote of labor history into a book about how one man tried to end graft at a Teamsters local in a courageous quest for redemption." (Mary Ann Grossman)

FROM WILLIAM SWANSON: "Everybody of a certain age remembers Jimmy Hoffa, but, until this indelible account, few of us knew Jim Harper, an uncommonly brave and resourceful common man. Our sense of a not-so-distant time and place is all the richer for having made his acquaintance."
- Author of Dial M: The Murder of Carol Thompson 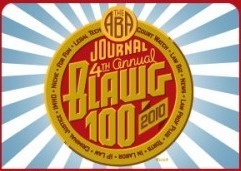 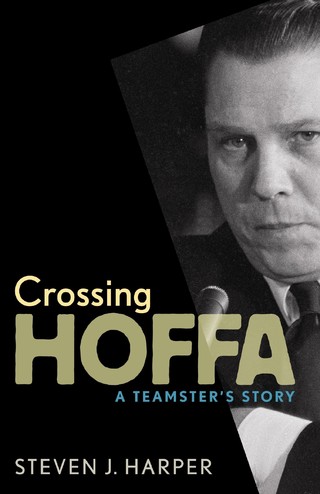